Imagine you have a shop on the high street that is opposite a pub.

When you get to work in the morning the distinctly unpleasant stench of urine is there to greet you and your customers. Yuck! 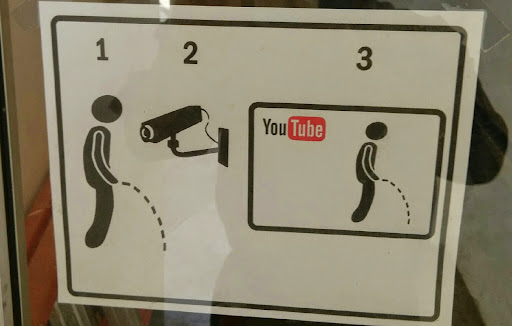 Here you are using the fear of public shaming to stop people peeing — threatening to post footage to YouTube so the pee-perpetrator will be embarrassed.

Your neighbour, Jill, is also sick of the pee and decides to do something about it, too. After seeing this done in Germany, she coats her wall with water-repellant paint. 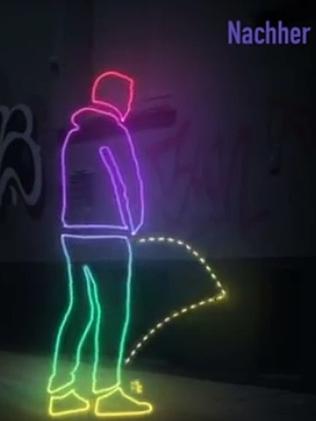 When someone pees, the urine splashes back on their shoes.

So here we have two examples of trying to influence behaviour. Both are punishing the perpetrator - your sign by shaming them and Jill’s by splashing their shoes.

Which do you think will work best?

The pee-er gets immediate feedback. And that feedback is unpleasant.

When we are trying to encourage people to change behaviour, a feedback loop is extremely important. We want to reinforce good behaviours and undermine bad ones.

The closer that feedback is to the target behaviour, the clear cause and effect, the more powerful it is.

And the second major reason the paint wins? Agency.

The person pee-ing is responsible for their personal outcome. They are in control. It’s simple. To stop the splash, stop the slash.

By contrast, the shaming sign takes the ramifications out of their hands — so to speak — the punishment is something that is done to them rather than something they do to themselves. They get angry at YOU for posting the footage.

This works the same as getting customers to pay on time.

Offering an on-time discount gives them agency - if they miss it they are to blame, whereas imposing a late fee means they’ll blame you for the charge.

The key lesson is that people respond best when their agency and autonomy is preserved. As soon as you threaten their freedom to make a decision, you are likely to encounter reactance.

At best they’ll shut you down, at worst they’ll get angry and go on the attack.

If you want pointers on what to do, feel free to get in touch.

It’s entirely your decision, of course. (See what I just did there?)