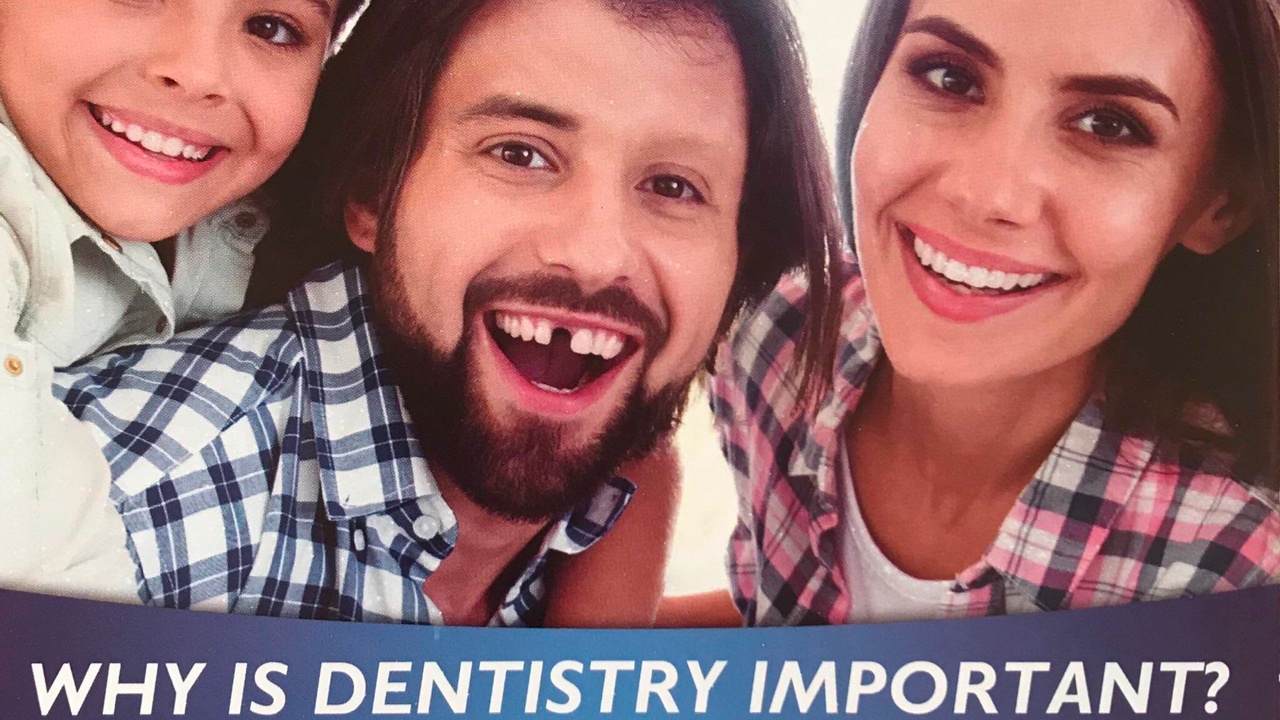 Let’s talk about why I love this ad.

Tweeted by @Karminker, I love this ad for the following reasons.

It surprises. What looks like a boring ad is actually clever and witty.

It makes you experience your own information processing blind spots. Yes, the first thing we see is the smile, not the missing eyebrow.

And that’s what I want to talk about today - gaining, directing and maintaining attention, because it’s one of the key ingredients to influence action.

In terms of my Behaviour Change Model, we’re talking about the Lazy (Apathy) barrier.

The quickest way to gain attention is surprise. Seeing an ad with a toothless man smiling is one surprise, but revealing the eyebrow takes it to a whole new level.

But not all surprises are good.

Burger King learnt the hard way that if you are going to use provocation to surprise, you better be bulletproof.

Their “Women Belong in the kitchen” campaign for International Women’s Day got all sorts of the wrong attention.

It started with a tweet that simply said “Women belong in the kitchen”.

A thread followed to explain what they meant, but it was too late.

Burger King’s intent was to draw attention to the low representation of women in head chef positions and what they were doing about it, but no one was listening. Outrage filled the airwaves and the campaign became a case study in what not to do.

How else can you gain attention?

Colour can help. Having a word bolded and in a different colour like this can draw attention, for example.

And personalisation works too. Use their name and give a W.I.I.F.M (What’s In It For Me)?

Salience is your best-friend when you seek to direct attention. The eye of your reader or website visitor is going to fall on something, so you want to make sure it falls in the right place.

What stands out? Is this the same as what’s most important?

If not, you have a problem.

Like above when I coloured red and emboldened “this”. Was that the word I should have drawn attention to?

No. Colouring “colour” would have been better because that’s the point I was making.

And over using “stand out” elements ends up...you guessed it, diluting them! This website, for example, uses red to attract attention but over does it, so no action stands out as most important. 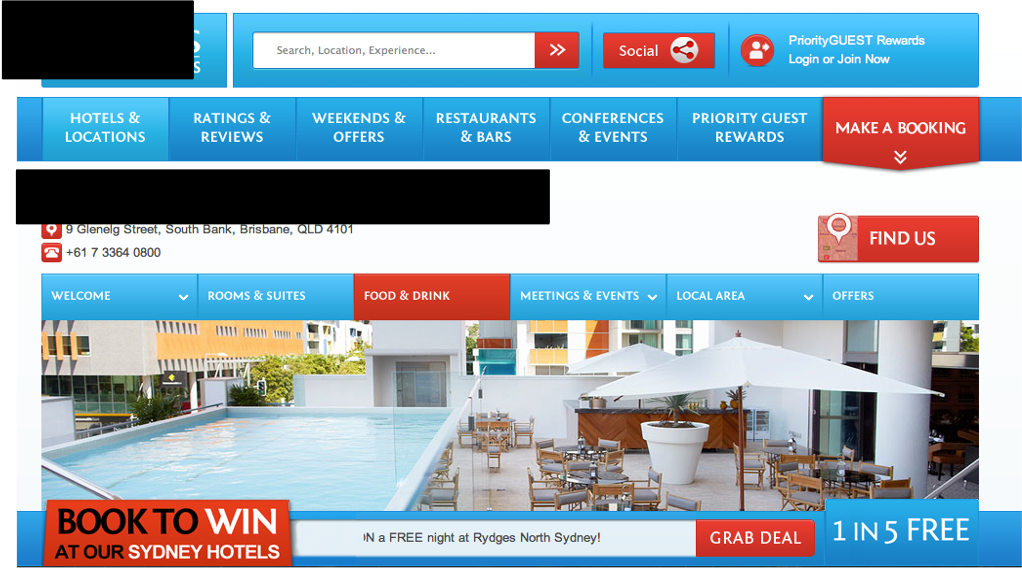 A rule of thumb is to make your Call to Action the most salient element on the page (if you want them to take action, that is). Reserve a colour for only that purpose.

Other graphical elements that “break the line” will stand out too, like the images I've sprinkled in this piece, for example.

And back to our earlier discussion on surprise, graphical elements are a great way to direct focus.

Here’s a receipt from pharmacy chain Chemist Warehouse, drawing attention away from what you’ve paid to what you’ve saved. 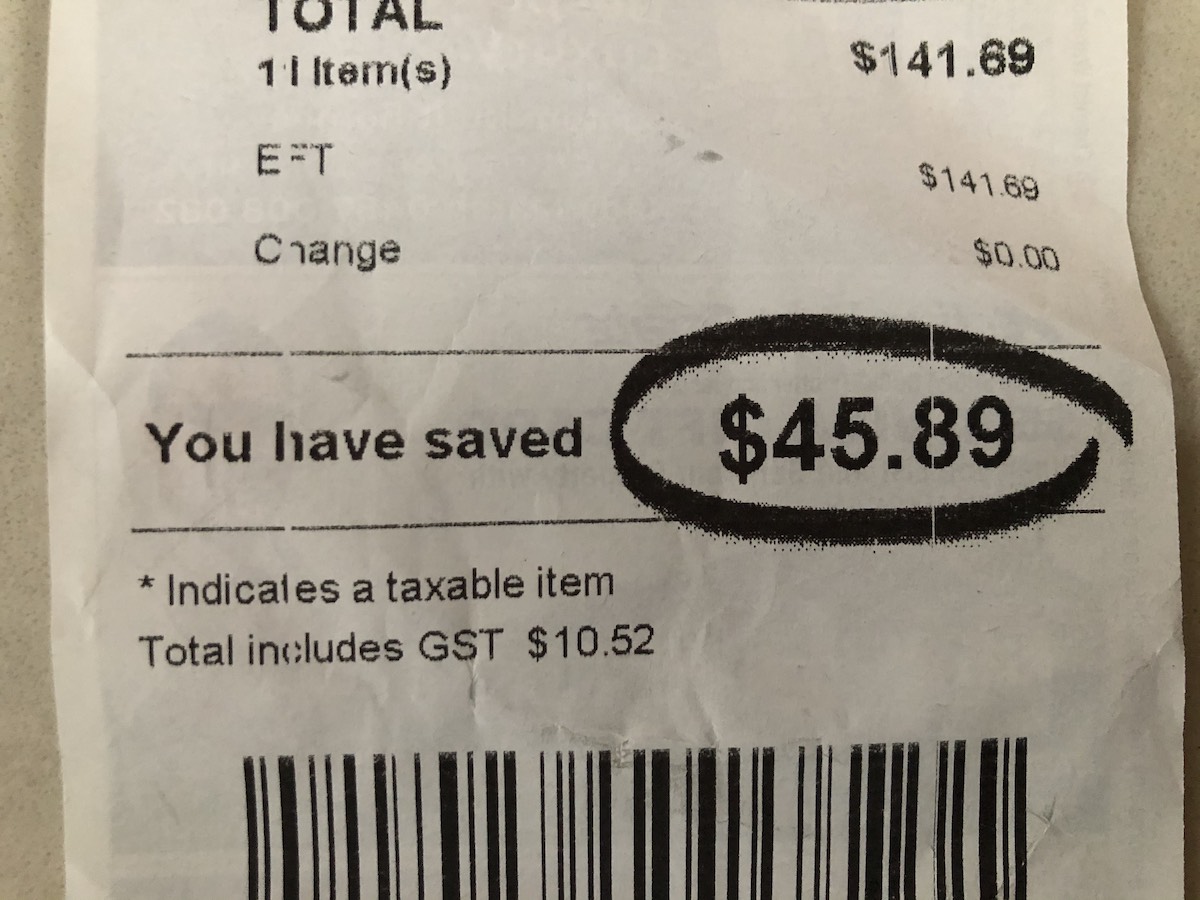 A common and useful way to break up blocks of text is bullet pointing.

In your writing, bullet points are particularly helpful because they:

But importantly when using bullets:

How long do you need to maintain attention? For as long as needed to transfer the idea from you to them.

Chunking your content let’s them know there's respite ahead. Subconsciously they’ll see there’s white space and perhaps a heading where they can catch their breath.

Attention will wane the longer you go on.

Assume they’ll scan rather than pore over your work, especially if they are under time pressure. Remember the “Can You Follow Instructions” game you encountered at school where you were given a list of instructions?

1. Read all instructions before you commence the task
2. Write your name in the top right corner
3. Circle the word “name” in sentence two
4.
5.
6.
7. Only complete step 1.

Like the dentistry ad, it confronts us with our natural tendency to engage pretty superficially with most content.

And see how I just used a “call back”? A technique common in comedy or presentations where you reference something from earlier. That can help keep attention too.

We’ve talked about gaining, directing and maintaining attention as a way to influence action, but is it always necessary?

You can influence behaviour without attention. At least, without conscious attention.

Priming is an example of people not being consciously aware of the cues they are processing, yet their behaviour being impacted.

Shoppers buying more French wine when French music was playing in the background, and people buying more car insurance when they could hear traffic noise are two examples.

And many of the techniques we’ve talked about, like formatting and salience, are really about subconscious rather than conscious attention.

That’s why I spend so much time teaching people about what lies below the surface of rational, conscious decision-making, and why it’s not just your message but how it’s communicated that is so important.

Don’t worry about missing eyebrows when you should really focus on teeth.